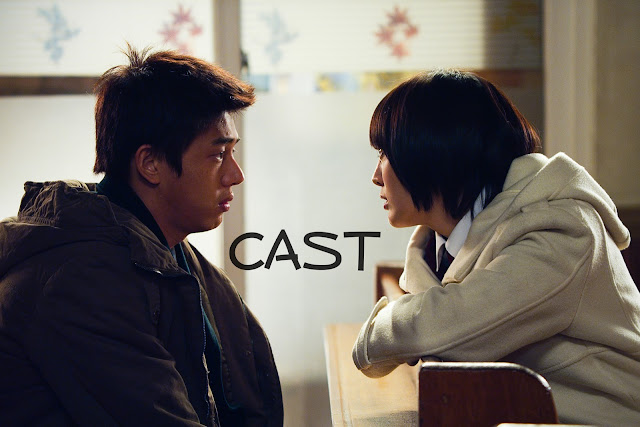 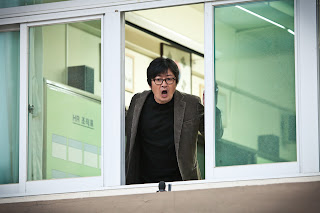 DONG-JU, the nosy teacher who tries to defy the world
“I told you, you shouldn’t study. The world is in the hands of just one or two brilliant minds anyway.”
Dong-ju is Wan-deuk’s blunt and outspoken homeroom teacher who has a unique educational ideology: he constantly tells his students that in reality, the only ones who are likely to make it in the world have to study. He doesn’t bother to encourage his students to work during study hall, which he typically uses as naptime. On the other hand, Dong-ju won’t let anyone get away with cutting class—ever. The students have aptly nicknamed him “Dung-Zoo”. Dong-ju and Wan-deuk are also next-door neighbors, making it impossible for Wan-deuk to get away from his teacher’s incessant meddling. Dong-ju constantly calls him out to the rooftop and even barges into his house on a regular basis to have a drink with Wan-deuk’s father. Whether Wan-deuk likes it or not, Dong-ju sticks his nose in all aspects of Wan-deuk’s life. Deep down, however, Dong-ju’s warm heart embraces Wan-deuk, and he gradually becomes his mentor that draws him out to face the world.
KIM Yun-seok: One of Korea’s finest actors returns as a unique mentor
KIM Yun-seok has quickly established himself as a talented actor and major box office numbers are contributed by countless memorable performances. His rise to stardom began with his role as the antagonist Ah-gui in <Tazza: The High Rollers>, which drew an astounding 5.8 million viewers to the cinemas. KIM followed up with 2008’s <The Chaser>, where his striking performance as detective UM Jung-ho earned him six Best Leading Actor awards and drew over 5 million viewers. He has since transformed himself time and time again in roles ranging from the most cutthroat villain in <The Yellow Sea> to the most relatable simple detective in <Running Turtle>. In <PUNCH>, KIM Yun-seok transforms yet again into the teacher Dong-ju—a true mentor who, in his own unique way, guides Wan-deuk into the world. KIM showcases humor and sentimental drama unlike any other in the business and is sure to win over the audience through a role that surpasses all of his past performances.
FILMOGRAPHY
<Thieves> (filming), <The Yellow Sea> (2010), <Running Turtle> (2009), <Woochi> (2009), <The Chaser> (2008), <Happy Life> (2007), <Like a Virgin> (2006), <Tazza: The High Rollers> (2006), <The Big Swindle> (2004)
AWARDS
2008
·       4th University Film Festival of Korea – Best Lead Actor
2007
·       1st Korea Movie Star Awards – Best Supporting Actor <Tazza: The High Rollers>
·       8th Busan Film Critics Association Awards – Best Supporting Actor
·       44th Daejong Film Festival – Best Supporting Actor 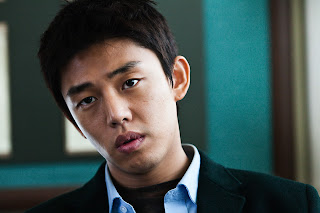 WAN-DEUK, a soft-spoken rebel who has turned his back on the world
“Please, just kill Dong-ju for me.”
Wan-deuk is a rebellious high school student who comes from an underprivileged family. He gets the lowest grades in his class, but no one can beat him in a fist fight. It’s not that he likes to fight, but he can’t stand it when anyone messes with his father and uncle. It seems as though his life can’t get any worse when his homeroom teacher “Dong-ju,” begins to meddle in his business and exposes rather embarrassing personal matters to everyone at school. There’s also no escape at home, since Dong-ju lives right next door and taunts him day and night. Wan-deuk is so sick of him that he goes to church every day and begs to God to kill Dong-ju for him. But soon enough, Wan-deuk comes to realize Dong-ju’s sincerity and discovers the true intent behind all the pestering. Wan-deuk eventually begins to open his heart to his nosy teacher, and to the rest of the world.
YU Aine: A bold transformation to surpass the “Geol-oh Fever” syndrome
YU Aine made his debut as a naïve high school student in the teen drama series <Sharp>. He then starred in the independent feature film <Boys of Tomorrow>, flawlessly capturing the volatile angst of youth, and won the Best New Actor award from the Pusan Film Critics Association Awards. It quickly made him the center of attention in the Korean film industry. In last year’s hit TV drama series <Sungkyunkwan Scandal>, YU took on the masculine role of “Geol-oh” and created a nationwide sensation referred to as the “Geol-oh Fever.” He now takes on the challenge of the soft-spoken rebel Wan-deuk. Using his unique combination of naiveté and defiance, YU effortlessly captures the dual nature of Wan-deuk, a seemingly indifferent young man with a tender, deeply buried heart. He was extremely dedicated to his role, investing three months in actual boxing training prior to the shoot. “You often wonder in your teenage years if anyone’s life could possibly be more miserable than your own, and I think the memories I have of my own teenage experience really helped in portraying Wan-deuk,” says YU. This solid method of basing his performance upon his personal understandings is sure to generate yet another fever this fall.
FILMOGRAPHY
< Sky & Ocean> (2010), < Antique> (2008), < Shim’s Family> (2007), < Boys of Tomorrow> (2006)
AWARDS
2008
2007
Director 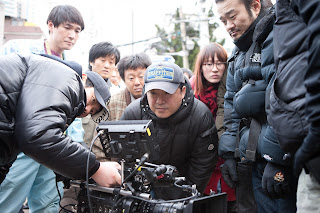 Director Han LEE made his debut with the feature film <Lover’s Concerto> (2002), starring CHA Tae-hyun and SON Ye-jin. LEE received both critical and popular acclaim for the film, a sweet depiction of pure, unassuming love with an unfettered visual aesthetic. In 2006, LEE followed his successful debut with the box office hit <Almost Love>, in which he captured the vivacity of youth; it starred major actors KWON Sang-woo and KIM Ha-neul. LEE then showcased his ability to reinvent old ideas with his innovative 2007 film <My Love>, a romantic film that told the various love stories of different couples. <PUNCH> is Han LEE’s fourth feature film and it illustrates the unique connection between Wan-deuk and Dong-ju, two men who have become one another’s mentor and mentee. LEE’s heartwarming brand of directing combined with his eye for detail will undoubtedly make the film as emotionally affecting as his previous works.
FILMOGRAPHY
<My Love> (2007), Director, Adaptation, <Almost Love> (2006), Director, Screenplay, <Lover’s Concerto> (2002), Director, Screenplay